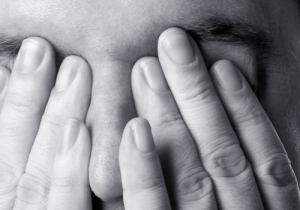 In project management, we often (maybe too often) have to work with tight schedules, surprises, scope creep, etc. What happens, especially when less experienced, is that we become stressed, and will transfer this stress to the team members through pressure.

Is that good? Sometimes, it can be, in others, it’s not. There are several things to consider:

Too much pressure is never good, but the right amount can give your team members the boost they need to get the job done. Make sure everyone understands what needs to be delivered and how important it is, but use that opportunity to motivate them that can do it, rather than what’s going to happen if they fail. If you stress them too much, their productivity will diminish, and some may even not be able to work at all.

Some work great under pressure, some not. Get to know your team members and how they react, and dose pressure accordingly:

It’s easy to get caught up in asking colleagues for statuses every half hour because a deliverable is due any second or is even late, and you want them to feel pressure to get the work done ASAP. This only makes matters worse:

Pressure can add focus and speed, but can also reduce it. Be careful of how you add it, and who you are working with, everything has to be considered carefully.

If you have anything to add, don’t hesitate to share!